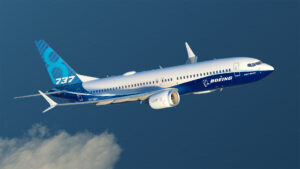 At approximately 10.30am central time Tuesday 21 January we received word that Boeing had officially stopped production of the Boeing 737 – 800 max planes. It has been said that they actually stopped last night Monday 20 January, but this has not been confirmed. We will go with the original.

There comes a time where in business we have to restart a project, a program, and even a product. Not a one for recreating the wheel but being pro-active. The time has come for Boeing and the max 8 to temporarily stop production. From today forward the next 60 days are peril for the aircraft manufacturer as production line and employees of Boeing that worked on this line are not online. They will be paid for the next 60 day based on various sources. Many a media outlet has reported the same.

We have and in addition to others including yesterday at a conference in Dublin Ireland Monday January 20, 2020 stated there needs to be change. Udvar – Hazy the founder and chairman of Air Lease Corp has made a statement the name max should not be the name of the aircraft anymore. We have said the same too. Boeing for the love of your product and the future of this aircraft you need to change the name.

There are many people who travel that may not be as informed as those in the industry. For those who may fly in the future a clear and precise identification of this model and make need to be removed far from its original name. We have suggestions and a clear marketing idea that could clearly make it to everyone in the future. There comes a time in life itself that information is clearly a great piece of mind. It eases our thought process and thinking of what’s to come when we are more informed.

Boeing is working hard with the Federal Aviation Authority and other regulators around the world to try and get the aircraft re-certified. At this juncture though the new C.E.O. is David Calhoun who replaced Dennis Muilenburg January 13, 2020. With so much at stake it comes to a point where something has to change.